This post contains affiliate links. As an Amazon Associate I earn from qualifying purchases.

Our gaming expert has been busy checking out some of the best Xbox One games for girls. Gaming is no longer something that is seen (wrongly seen we might add!) as being for just nerdy teenage boys. As a matter of fact more girls than ever are playing video games and we think that is just awesome!

Gaming is a lot of fun and one of the best consoles on the market right now is the Xbox One. No matter if your child has an original Xbox One, Xbox One S or is even interested in the upcoming Xbox One Project Scorpio. All of the games on this list will be compatible with their Xbox One console. So please have a look down below at the best Xbox One games for girls. 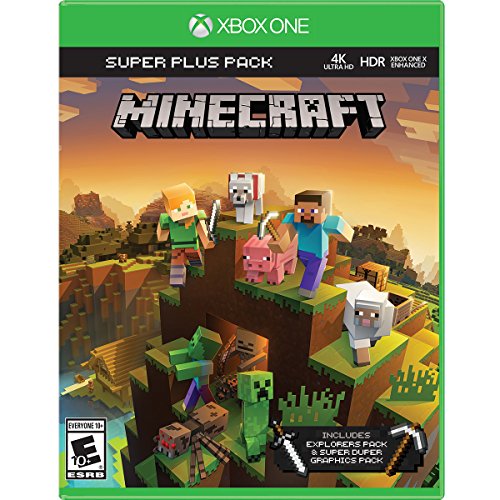 Even if you do not play video games, you have surely heard of Minecraft, Minecraft is one of the biggest things going in video games today and the Xbox One has a darn good version of it.

The idea of Minecraft is that you can build whatever it is you can imagine. Your child can either start a survival game where they need to earn all the resources to cook food, make weapons and build a house. Or they can just play creative where they use their imagination to make all kinds of awesome structures.

Recently Minecraft Xbox One Edition got an update that added all these fun and cool mini games to it. This adds even more fun to Minecraft! Even if you are not into games, Minecraft is a game that you would be able to play with your kid as it is very easy to get into. 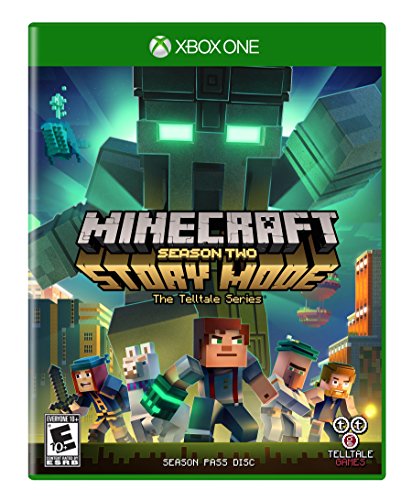 The idea of Minecraft Story Mode is that your child plays as Jesse (who can be male or female) and they basically need to save the world. What makes this such a great game is that your child needs to pick where the story goes. They will make friends, enemies, grow attached to certain characters and have to make some pretty intense decisions.

In all this really is a fantastic game and one that your child will want to play through again and again as the game can go in a few different directions depending on the choices they make. With top of the line production values, Minecraft Story Mode is a truly incredible game. This version here actually has all eight episodes so it is the complete game! 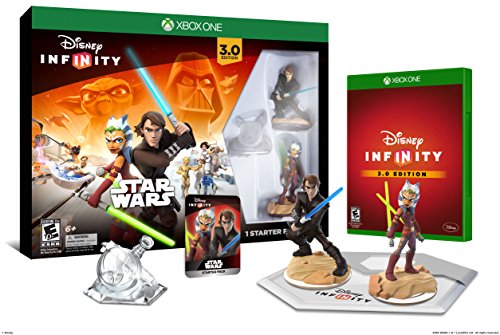 Ok so we know that the whole Star Wars thing may be a bit of a hard sell to some girls, but Disney Infinity 3.0 is more than just Star Wars!

Disney Infinity 3.0 is a celebration of everything Disney. There are a ton of characters that your daughter will love, characters like Stitch, Rapunzel, Princess Jasmine, Minnie Mouse, Donald Duck, Alice In Wonderland and many more. Disney Infinity is all about purchasing these really cool figures that then get beamed into the game.

The actual game of Disney Infinity is a lot of fun. There is stories to play through which are cool, but Disney Infinity is really known for its Toy Box Mode. Here your child can create all kinds of cool worlds based on things like Marvel, Disney Princesses, Star Wars and pretty much anything else Disney.

There is just so much to this game it really is incredible. Also Disney Infinity is now the lowest priced “toys to life” video game. You can get the game and a whole lot of figures for very little money. 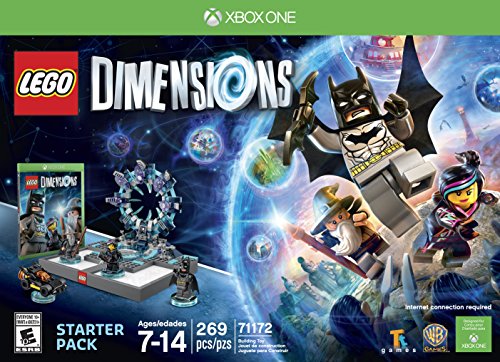 The starter pack comes with the portal and the Batmobile as well as Batman, Gandalf and Wyldstyle who go on an adventure that involves characters from The Wizard Of Oz, The Simpsons, DC Super Heroes, The Hobbit and many more. It is just such a fun and charming game. A game that is not too hard so even mom and dad will be able to join in.

While you get all you need with the starter pack. Lego Dimensions has a whole host of expansion packs you can buy. These range from more modern things like Adventure Time, Fantastic Beasts & Where To Find Them and more old school properties like Gremlins and The Goonies! You honestly never know what this game is going to throw at you next and that’s what makes this one of the most fun and exciting Xbox One games for girls. 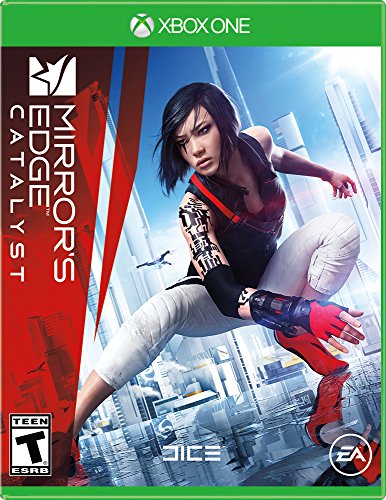 Now this game is aimed at teenagers, but to be honest there’s nothing in this game a child would not have seen in a PG13 movie so it is fine for your daughter!

Mirror’s Edge Catalyst is one of the best Xbox One games for girls because it has one of the best female protagonists in all of gaming, Faith Connors. Set in the futuristic city of Glass, Faith is a runner, a person who is “off the grid” and wants to bring down the corporations that are controlling the city.

The game has an awesome story and girls are going to really love playing as Faith. This is a first person game, but there is no shooting here. Instead Faith must run, jump, climb and use her athletic ability to get around and through the bad guys.

There really are not enough cool female gaming characters out there so getting to play as someone as strong and cool as Faith really is going to be something all girl gamers enjoy, especially considering how engaging the story is. 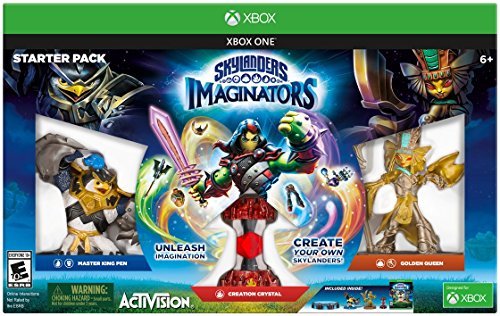 Skylanders was the original toys to life game that drove kids wild and Skylanders Imaginators is the most complete game in the series yet.

With the starter pack you get two large Skylanders Imaginators Sensei characters, King Pen and The Golden Queen. As well as this you get a Creation Crystal and that is what makes this Skylanders game different from all the rest as your child can actually create their own Skylander!

Of course like other Skylander games to get the best out of it you will have to buy other Skylanders figures. But the starter pack does offer hours and hours of fun. The actual game of Skylanders sees you needing to put a stop to the evil Lord Kaos! The story is a huge highlight of the Skylander games and your child is sure to be laughing the whole time they play it.

Due to all the characters it may seem a little daunting, but you can get just the starter pack and your kid will be good to go for a long time. 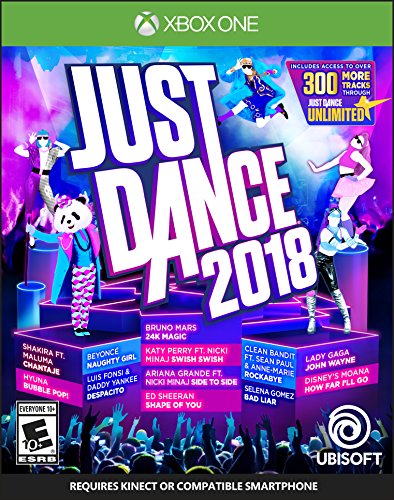 Next we have one of the most popular Xbox One games for girls, it’s Just Dance 2018 which is the latest of this hugely popular series of games. This awesome dance game does exactly what it says on the tin. Your child will need to recreate all the epic dance moves that she sees on the screen.

What we love about this year’s game is the way that it has introduced two new game modes that really will challenge your child to do some funky dance moves. With a great (well if you class modern music as great) soundtrack. Kids will go wild for Just Dance 2018.

The way you win the game is by getting the best score and you do this by using the official and free Just Dance app on a phone or tablet! If you want a game that is not just fun for your daughter, but the whole family then you really cannot go wrong with this. 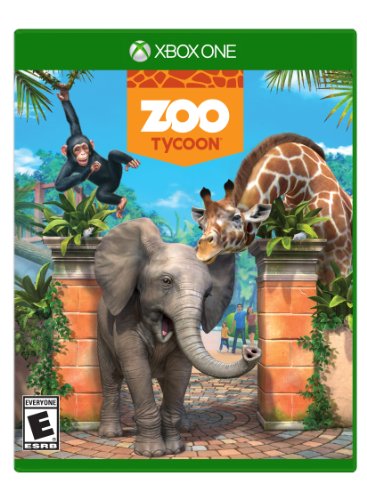 Here we have Zoo Tycoon which is a fun Xbox One game, especially if your kid is not really into shooting and things like that.

Zoo Tycoon is a game where you have to build a zoo. You need to decide how many enclosures you need, what kind of merchandise you want to sell and in general how can you ensure the animals that you have are happy and well looked after.

There’s actually a lot of strategy to this game and the idea is that you look after the animals and then release them into the wild when they are ready. However at the same time you also have to make sure you are rebuilding your zoo to make sure it’s big enough for all the animals.

Kids love these kind of games and your child is sure to get attached to many of the animals that she looks after. While Zoo Tycoon may be an older Xbox One game (which means it is pretty cheap) it is still one that’s perfect for girl gamers who love all things cute and cuddly.

Overwatch – Xbox One Games For Girls 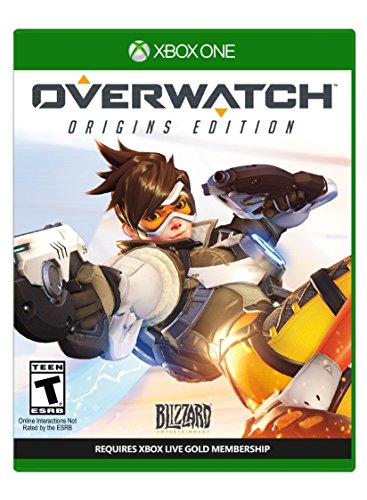 Next is one of the hottest games on our best Xbox One games for girls list. If there’s one game that all the kids got into last year it was Overwatch. Overwatch is a first person shooter game that really encourages team work. It is a fun and easy to learn game and not full of blood and guts like many other first person shooters are.

Overwatch is just a joy to play and if your daughter has never played a game like this before, this would be a great place to start. There are many different game modes such as simple things where you have to defeat the other team to more intricate ones where you have to protect a certain object. With lots of new content always being added, Overwatch is a game that is going to give them at the very least a year’s worth of gameplay. 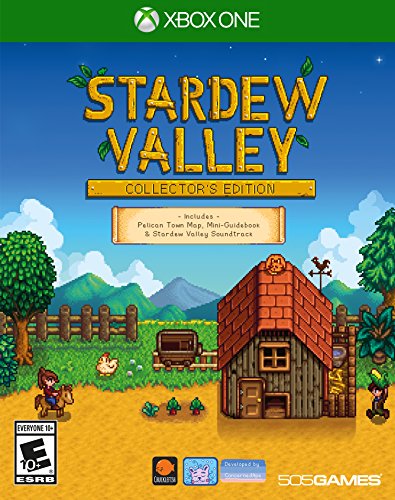 Stardew Valley is a game where you need to take this rough piece of land you just got and turn it into a farm. Complete with crops, animals and all other kind of useful stuff like machines that will help you. Work with other people in the local community to make sure your farm is the best one going and that the whole area is happy and working together!

We know that Stardew Valley: Collector’s Edition sounds kind of odd, but it’s a game that’s insanely popular and certainly one of the best Xbox One games for girls. This is the kind of game where your child will want to keep on playing for “just five minutes more” as it really is addictive and there is a ton for them to do here.

While taking care of the farm is the main goal there are lots of other areas in the game such as creepy cave and the local community center you need to look after. You never know what you will stumble across next in Stardew Valley and that’s a huge reason why kids love it.

This concludes our list of the 10 best Xbox One games for girls. Do you think we missed a good one, then let us know and we may add it to our list.

You may also like: Best Playstation 4 Games For Girls

KidsDimension.com is a participant in the Amazon Services LLC Associates Program, an affiliate advertising program designed to provide a means for sites to earn advertising fees by advertising and linking to amazon.com.

We are in compliance with the requirements of COPPA (Childrens Online Privacy Policy Protection Act), we do not collect any information from anyone under 13 years of age. Our website, products and services are all directed to people who are least 13 years old or older.

Popular with our readers